Rule #15: People Work Harder For Their Reasons Than They Do Yours 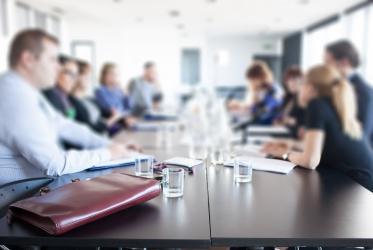 Rule #15: People work harder for their reasons than they do yours.

Motivate the individual to hit the corporate goal. Here's what this means. We all have kids, and when you want a kid to play an instrument because you love the instrument and you want them to be successful, you push, push, push. If they don't have the passion, confidence, and conviction that that's what they want to do, they end up not doing it. You spend a lot of time and energy having them live through your eyes, and the same thing holds true with corporate goals.

When you tell people this is your corporate goal, and you're going to make $100,000 if you hit your goal, you would think that they're going to get motivated and pumped up, and maybe they do. But you know what they're really doing behind the scenes? They're saying, "What would I do with that $100,000? Would I save it for retirement? Would I put my kids through college without any debt, so they don't have to pay the debt for 25 years? Would I buy a new car? Would I buy a new home?"

Most people translate what they're going to be paid into what it does for them. So, here's the rule. You need to do that for them because people work harder for themselves than they do for you. The quicker you realize that, the quicker you can do the following. Understand what makes them tick. List your sales people, next to that see if you can list the top three goals that they have. What are their personal goals? What's their why? Why are they motivated? Why are they working? Why would they stay at a 4:00 on a Friday afternoon when it's perfect out, and no one else is in the office? Why would they do that? Is it because they want to hit your goal? I don't think so.

Well, they've made a connection, but you can make the connection for them. So, sit them down and just say, "You know Michael, just out of curiosity I've realized, I'm trying to figure out, what are your top three goals? If you hit your number this year, you're going to make $100,000. What would you do with that? What would you do with that? All of a sudden, here it is; it's sitting on the table. What would you do?" "Well, I'd buy myself a new car." "Great, what type of car would you buy?" "Oh, I'd buy myself an Audi." "That's a great car, that's awesome. What else would you do?" "I'd put my kids through college." "Where do they want to go?" "Well, they want to go to XYZ." "That's great."

And now a couple of things are happening. One, you better understand what makes your people tick. The why behind the what. You see you're the what as the corporate. They're the why, as their family, their goals, their personal stuff is why they're working. Once you do that, and now, for those that don't make the connection between the $100,000 and their personal goals, that's what you do. And so, under that scenario, if I wanted each of my team members I would take this person, and I would say, "Let's get a picture of an Audi. Let's get a picture of the child that you want to send to college without debt. Let's get a picture of where you want to go on vacation.” I'm going to plaster those on the workstation. I'm going to plaster those all over the place.

THE SANDLER RULES FOR SALES LEADERS details a sales management process that works. It offers 49 timeless, proven principles for effective sales leadership, based on the Sandler Selling System. The book is the sequel to the Wall Street Journal bestseller THE SANDLER RULES, also authored by David Mattson.