How to Formulate a Dream Team 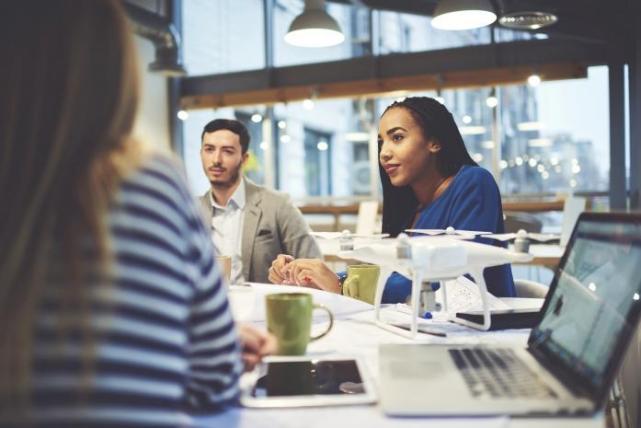 With the start of basketball season this month, it’s the perfect time to focus on building a great team. The phrase “dream team” gets thrown around a lot, but it’s most commonly referenced when discussing the incredible collection of talent that was assembled by USA Basketball for the 1992 Olympics. While this formation of super athletes was daunting to opponents by individual ability alone, what made them truly special was their ability to work together and their recognition of roles. While the players could have grown egos and chose to maintain ultimate control, they saw the value in coming together and playing as a cohesive team to create greatness.

While your sales team and these players operate in different arenas, if you follow the framework below for assembling a team, you just may be able to identify a dream team of your own.

1. Assemble a team with a common goal and make it clear.

From the start, Team USA had a singular, well-known goal; to win the Gold Medal and to do it in dominant fashion. This desire was repeated day in and day out and demonstrated through hard work – in practice, games, and from the head coach. No one waivered in their pursuits. For this reason, there was no confusion about what they were there to do.

Your goal likely won’t be as straight forward as winning a tournament, but by assembling a team with a clear and common goal in mind will ensure that you have the proper personnel. It’s also important to prioritize objectives. Your dream team could focus on just one thing, but that’s not a reality for many sales organizations. Even though you have a lot to accomplish, choose what’s most important and work towards that overall goal – accomplishing smaller objectives along the way.

2. Foster an environment that allows open conversation and hold one another accountable.

Hearing the same message from your boss repeatedly can become tired and ineffective. Basketball players feel the same way. As talented as the players on the Dream Team were, they knew what they were supposed to be doing and effectively policed themselves. If a player was slacking or not upholding his responsibilities, a veteran on the team would bring attention to it.

The idea of creating a team with individuals so driven that they will go out of their way to help improve the effort of others, is an integral one. If you select people for your team that take pride in their work and will accept nothing less than the best, you’re priming yourself for success. Once the right team is in place, cater to the needs of the team to allow them to grow and flourish. As the leader of the team, it’s important for you to cultivate the type of atmosphere that best suits your team and your organization.

3. Remember that as the landscapes shifts, so can your team.

In a basketball game, the first quarter is played very differently than the second, third, and especially fourth. While your “starters” play major minutes in all four periods, your strategy and plan of attack vary depending on the dynamic environment and in response to your opponents.

In the field of business, your opponents won’t be so clearly defined, but the theory remains the same. Just because your team was organized and operated a certain way in the beginning, doesn’t mean you must remain static. Keep an open mind about adding members, changing roles, diverting resources, and reassigning responsibilities. As a team leader, it’s your job to “coach” your personnel to success.

Assembling a great team is no easy task, but it’s essential to achieve the highest level of success for your organization. As you go about selecting members and filling roles, remember to have a common goal, foster an open environment, and remain dynamic in order to adapt with the environment. There’s no single solution to finding the best personnel, but these methods make your choices easier and provide a good game plan for building your dream team. ​

For more information on building a team and growing as a leader, contact us.