Are You Leading or Enabling Your Sales Team? Read and ask yourself this question..... 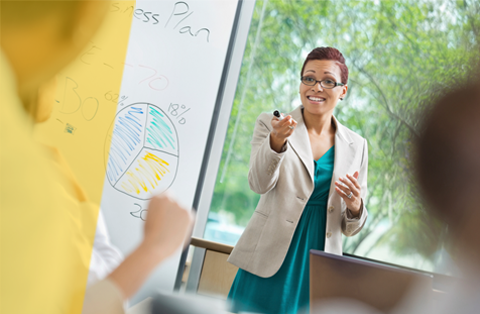 Jim just got off the phone and was excited! His prospect had just invited him in for a presentation. He called Sara, his Sales VP and told her that she must attend this important meeting! Of course prior to her promotion, Sara, had been the company's best salesperson. She remembered the days of getting on a plane and the excitement of closing a big deal so she put on her Superwoman outfit and willingly agreed. During the meeting Sara answered all of the prospect's questions and they ended up winning the deal! Everyone was excited and high fiving on the way out. But here's the bigger question - was Sara acting as a Sales Leader by helping to close the deal or as an Enabler by rescuing Jim and running his presentation? Let's take a look and you be the judge.

Yes, they won the deal. But what would happen at the inevitable point in time that Sara couldn't make these meetings? Would the company lose the deal? Or how about if Sara had ten other sales people pulling at her time and energy to help them sell? What impact would this have on her and her career? One of the primary roles of a Sales Leader is to build a self-sufficient team and create a culture of high performers. When Sara agreed to the meeting, what she really did was let Jim off the hook. Think about it - if they had lost the deal, Jim could put the blame on Sara and believe, "If Sara couldn't close the deal, no one could, not my fault!".  Thus, he would not have to take responsibility for the loss. Other team members could follow suit knowing that whether they win or lose the deal, they would always win!

The questions Sara should have considered before agreeing to the meeting were, "What skills and attitudes was Jim was lacking for him to need me? Was he fearful of asking tough questions? Was he fearful of presenting to an executive team? Was Jim lacking in confidence? Did Jim even qualify adequately so that a presentation was ready to be delivered?".

If Sara herself had the leaderships skills to dissect the sales process with a system, she would be able to identify the real issue Jim was having.  She could then act as a true leader and coach Jim to develop the skills and attitudes that he was lacking. As Jim learned his new lessons, he would also grow and become a more confident and self-sufficient salesperson. When repeated with each team member, this process would help develop accountability . Sara would be building a culture of "no excuses" high performers! She could sleep at night, hit her numbers, and stay off planes with the confidence that her team was executing at a high level!

But it didn't end up that way.  Sara was constantly helping her team on sales calls, and it worked for a while, but as the company grew it became tougher to scale. Sales people quit and revenue numbers began to suffer. People were pointing fingers. Sara was getting burned out and left the company after being in her new role for only two years which data suggests is about the average tenure of a Sales VP who does not build a self-sufficient team. Not only did the company lose their best sales person, but they lost a Sales Leader as well. 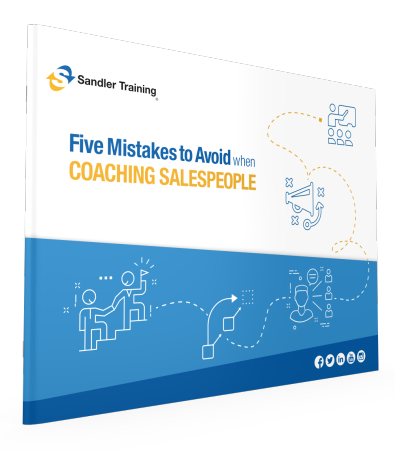 Learn how to avoid these unproductive patterns as you commit to empowering your sales team.